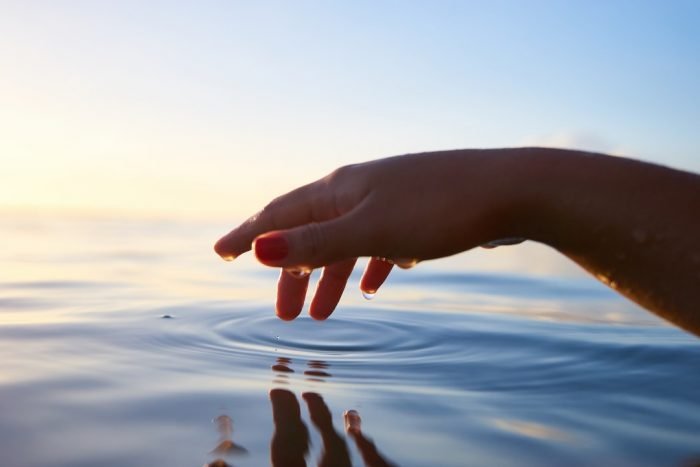 Elohim always begins a relationship (with a person or with a nation) by revealing His Name, (just as we do), which in turn reveals His Nature and His Attitude toward them.

Elohim’s name is “I AM” – This signifies the truth that Elohim is the Elohim who always IS. He is not Elohim Who Was, or the Elohim Who Shall Be, He is Elohim Who Is.

Elohim is always NOW, which is why faith is always Now (Hebrews 11:1)

(If it’s not now, it’s not faith it’s hope) Elohim is not constantly changing. He is always the same.

We are still dealing with the same Elohim today that Abraham dealt with.

There has been no shift change. You are not dealing with an employee but with THE OWNER. The divine order or procedure of revelation or the revealing of things to man, has, is, and always will be, line upon line, precept upon precept, here a little, there a little.

The divine procedure is to reveal truth little by little. Thus giving man the time and opportunity to grow into the knowledge he is gaining. The important thing to remember is that each successive revelation builds upon the previous revelation rather than destroying it to start over.

Jesus said in Matthew 5:17-19 – 17. Think not that I have come to destroy the law, or the prophets: I have not come to destroy, but to fulfill. 18. For verily I say unto you, till heaven and earth pass, one jot or one tittle shall in no wise pass from the law, till all be fulfilled. 19. Whosoever therefore shall break one of these least commandments, and shall teach men so, he shall be called the least in the kingdom of heaven: but whosoever shall do and teach them, the same shall be called great in the kingdom of heaven. (KJV)

Each new bit of information we get from The Word of Elohim should be added to our understanding to allow us a clearer picture of the Elohim we serve.

The first revelation we have is that Whatever Elohim is, He Always IS. Remember that in the Bible, names always meant something; they described the thing they were attached to:
A. Abraham- Father of Many Nations
B. Jacob- Usurper/Deceiver- who became Israel which means “Prince with Elohim”.

When Elohim gives us a name by which He desires to be called by us, He is telling us Who He wants to be to us. Bible scholars say that Elohim has given to man a series of what are called “covenant” or “redemptive” names, which are names by which Elohim has made covenants or unbreakable contracts with mankind.

One of these names is found in Exodus. Exodus 15:26 – “…if thou wilt diligently hearken to the voice of the Lord thy God, and wilt do that which is right in his sight, and wilt give ear to his commandments, and keep all his statutes, I will put none of these diseases upon thee, which I have brought upon the Egyptians: for I am the Lord that healeth thee.” (KJV)

When this verse is read in the original Hebrew, the last part of the verse, which reads; “for I am the Lord that healeth thee.”, is actually a name: “Jehovah-Rapha”.

Once Elohim established the name Jehovah Rapha as a name that applied to Him, He revealed to man that he is a Elohim that will forever be man’s healer, if man will meet the conditions set down by Elohim.

The conditions of Jehovah-Rapha:
a. if thou wilt diligently hearken to the voice of the Lord thy Elohim,
b. and wilt do that which is right in His sight,
c. and wilt give ear to His commandments,
d. and keep all His statutes.

The blessings of Jehovah-Rapha:
a. I will put none of these diseases upon thee
b. I AM THE LORD THAT HEALETH THEE

Many debates have raged over whether Elohim put, caused, brought, or allowed the diseases just mentioned, and if He can and/or will do the same to us today.

The second thing to consider is that the diseases He mentions were put upon the Egyptians, not upon His people. (The Egyptians were the people that had afflicted the Israelites. We must not forget the Law of Sowing and Reaping.)

There is not one verse of Scripture that even suggests that Elohim has ever afflicted one person that was living right before Him.
a. Objection #1: Job. Answer: Elohim did not afflict Job, Satan did.
b. Objection #2: Elohim gave Satan permission. Answer: Isn’t it comforting to know that Satan can do nothing
without  Elohim’s knowledge and permission. Therefore if Satan is attacking us, we know that Elohim is
involved.
c. We know the Bible says the steps of a righteous man are ordered of the Lord, and that, man makes his plans but
Elohim directs his steps.
d. We know that the Bible says “Thanks be unto Elohim which ALWAYS causes us to triumph IN Yeshua”.

So what is the conclusion that we must come to if we know that all these things are so? We know this:
1.  Any attack is from Satan
2. Elohim must give Satan permission before he could attack
3. If Elohim always makes us win, and we are in the middle of a battle, Elohim, knowing us better than we know
ourselves, must know that we have the ability to win this level of warfare, or He would not allow us to be there.
4. If we are there, we are there to win.
5. Rejoice when you find that your battles are getting bigger and bigger, it means you are growing. It means Satan is
having to send bigger demons to try to stop you.

Elohim, being the Law-giver, the Righteous Judge, and the originator of the Law of Sowing and Reaping, takes the responsibility for the affliction of those who are in sin. In this sense does Elohim send affliction, sickness and disease, etc.?

But we also see in Lamentations 3:31-34 that Elohim does not willing afflict. Imagine a man or woman backing Elohim into a corner to where He has to afflict to remain Just and Righteous.

Lamentations 3:31-33 – 31. For the Lord will not cast off forever: 32. But though he causes grief, yet will he have compassion according to the multitude of his mercies. 33. For he does not afflict willing nor grieve the children of men. (KJV)

So the first thing to do when, affliction, sickness, disease, etc. come is to judge yourself to make sure all sin is under the blood. During the Lord’s Supper or Communion, is a good time to judge yourself.

Once you have made sure there is nothing between you that would hinder healing, then you should turn on Satan with the authority of Elohim and command relief.

You should not stop or slack up until you EXPERIENCE the desired result. Remember, Elohim is not your problem. He desires that you walk holy and righteously before Him.

But if you should miss it and sin, repent before Satan has time to get to Elohim with your sin.

No one has a right to change the name of Elohim. If Elohim, in His infinite wisdom knew beforehand all the excesses, all the excuses, all the abuses that man would bring against the name of Jehovah-Rapha, our ELOHIM WHO IS OUR HEALER, and still decided to give us that name to run to in time of need then we would be fools not to take advantage of such wonderful provision.

Proverbs. 18:10 – The name of the Lord is a strong tower: the righteous runneth into it, and is safe.

In the following verse you will notice that one of the conditions of long life, salvation, deliverance, and answered prayer is that we know His Name.

Psalm 91:14-16 – 14. Because He hath set His love upon me, therefore will I deliver him: I will set him on high, because he hath known my name. 15. He shall call upon me, and I will answer him: I will be with him in trouble; I will deliver him, and honour him. 16. With long life will I satisfy him, and show him my salvation. (KJV)

We, as children of the Most High, should realize that if Elohim promises to heal every sickness and disease, and promises that no diseases shall be upon us, then we should live in divine health.

Constant and abiding health that flows from our relationship with Elohim.

A health that is the very life of Elohim flowing through our bodies, quickening us and making us alive to the most extreme degree.

How can we expect to remain sick or diseased and still fulfill the basic requirement of being a believer that is to lay hands upon the sick and see them healed? (Mark 16:15-20)

Man can only give what he has received from Elohim. If he is to represent eternal life, he must at least exhibit a healthy temporal life.

This is not to say that if a person is sick, they are not a Christian, it just means that they have not “known His name”, so they are not able to partake of the blessing that was so costly for Yeshua to obtain, yet so freely offered.

Partake of the divine healing covenant today, by covenanting with Elohim that as Yeshua died for you, you will live, fully live, for Him.